Or, as I did yesterday, visit your second nearest Area Group, in this case of the Scalefour Society.  It's one that is a little far away for me to visit every month, which makes it even more enjoyable when I can.

In a little over twelve months, the North East Essex Area Group have grown into a lively and well attended monthly meeting of like-minded finescale modellers.  They have their own section of the Scalefour Society Forum, but most importantly also have coffee and biscuits at there meetings!

Last night I was present at their monthly meeting.  This is hosted in the spacious surroundings of the clubrooms of the Colchester Model Engineers, surprisingly enough, in Colchester. 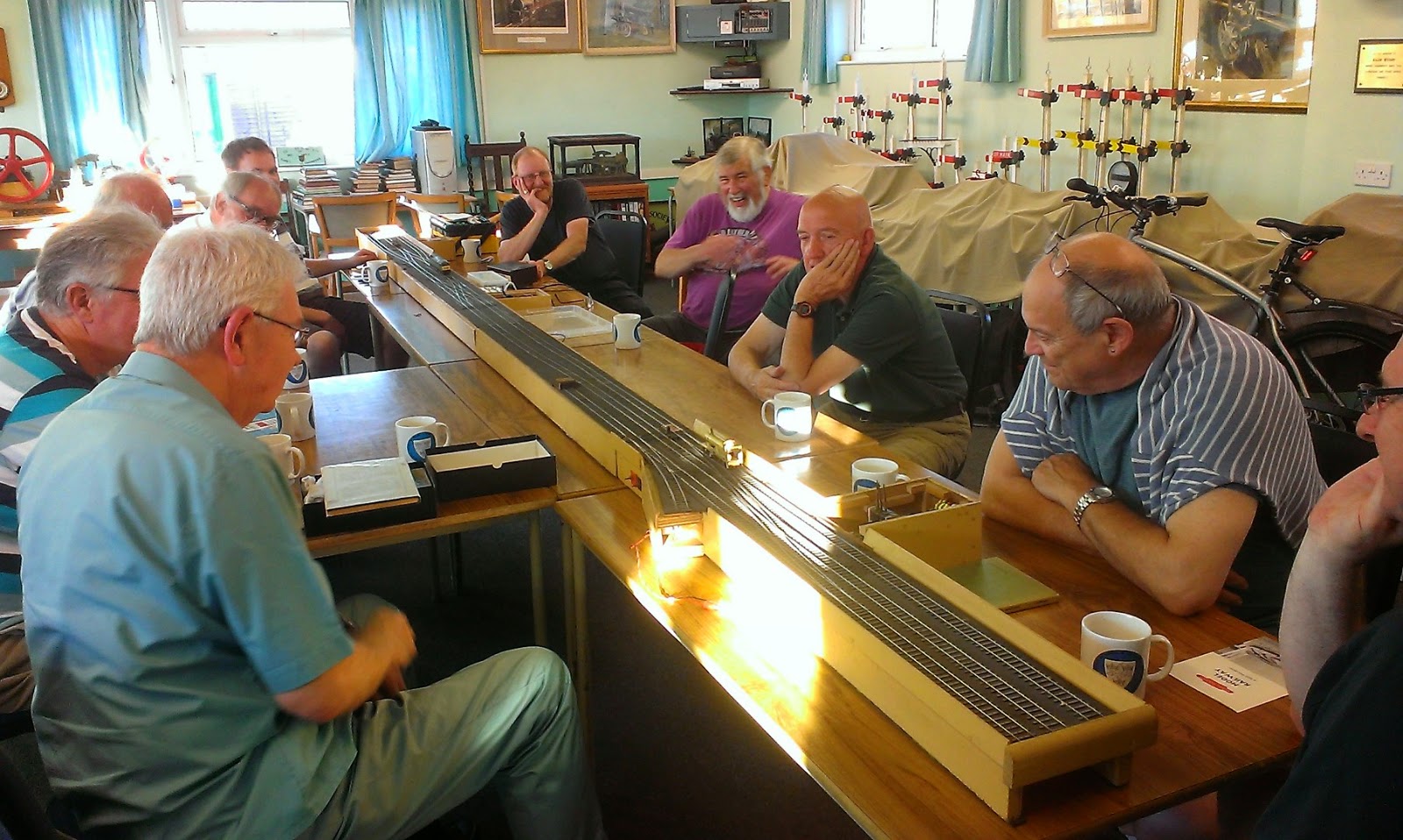 We had a turnout of eleven that were present at yesterday's meeting, seen here gathered around the former Derek Genzel test track that was donated to the group and has been renovated.  It's quite a test track as it actually has three separate signal "boxes"!

In the foreground was a discussion of Jol Wilkinson's latest construction.  A London Road Models kit of (if I remember the box correctly) an LNER D12. This was in part finished state, and it was literally the first time that the locomotive had run under its own power.

In the background, there was admiration of  Richard Hall's class 47.  Rather than being an RTR conversion, this had been built some time ago from an MOK (Modern Outline Kits) etched brass kit.  Richard said that this was the first time that it had run in around twelve years!  It was initially a little reluctant to move, but it was soon running up and down the length of the track.

So very definitely a meeting of "something old, something new"...

And the promise of something new continues next month, when it is intended to have a lecture on using 3D printing for modelling.  I hope that I can make it!